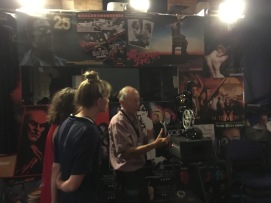 The title above doesn’t seem to quite give justice to the programme I am currently involved in, as it has involved not only working at Northern Ireland Screen in Belfast, the British Museum in London, but also having hands on celluloid film handling training and getting to attend the Sheffield Doc/Fest, (which had a special focus on film archives designed for the 16 trainees who attended) and the week-long Le Giornate del Cinema Muto in Pordenone Italy. Creative Skillset did wonders putting this all together for a group of enthusiastic and curious people, and I was able to participate because of the practical experience and intellectual stimulation of the FEC course. Through working with Glasgow Film Festival and Hidden Door festival I was able to show creative skillset the results of my ambitions to bring archival films to the public. 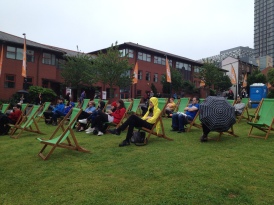 I started my degree at University of Edinburgh with film archives in mind. It was only once we started having sessions in which we were forced to come up with ideas quickly that I began to identify exhibiting archive films as my particular passion. Being given the opportunity to explore that passion, is what has given me the credentials required to be part of the Media Archive Traineeship. 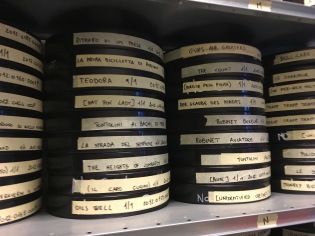 After three weeks of training on film preservation and the trip to Sheffield Doc/Fest (another amazing experience) I headed to Belfast to the Digital Film Archive. Before actually spending time working for a regional archive, I had a theory that you could learn a different history of a place from the amateur films that were archived there, and that is precisely what happened in Northern Ireland. The Digital Film Archive contains hundreds of views of Northern Ireland that are not necessarily related to the Troubles and allows for insight into how the place and the people have changed. It was also particularly interesting to learn about the collections policy of an archive with an educational remit. I was given the opportunity to present a collection of films that I had curated for the East Belfast Arts Festival. All in all it was an inspirational adventure. 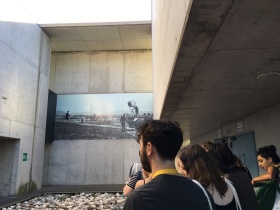 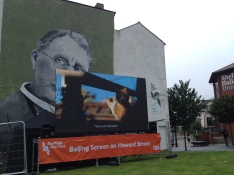 After Belfast, and another two weeks of training, this time centered around digital archives, all 16 trainees got sent to Pordenone, Italy to participate in the Collegium that’s part of the silent film festival. The festival feels truly unique, both in the sense of its form and the audience present. It’s largely an academic and professional festival, and has only one venue, where silent films are played from 9am until after midnight, more or less non-stop. The films are always accompanied by live music. Primarily, the music is improvised by amazing pianists, as a large number of the films are screened in their original 35mm format and are only rarely screened at all. A particularly wonderful memory of mine is of a screening of two Buster Keaton films, with music conceived of, and performed by school age children from a local music academy. 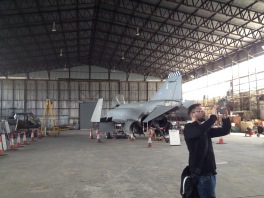 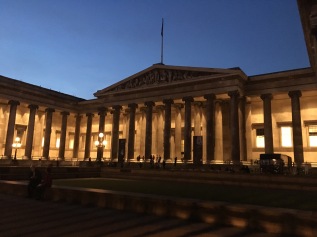 Directly after returning from Pordenone, I started work at the British Museum. The chance to participate in workings of such a large and well-established institution has been a privilege. I’ve been engaged with the archiving process of newly created digital content and have learned a great deal of practical skills along with absorbing some fascinating history. I couldn’t be more grateful to Creative Skillset for these wonderful opportunities, and I know I couldn’t have gotten there without having done the Film Exhibition and Curation MSc and the support of Jane Sillars and Susan Kemp. Thanks a million, both of you. 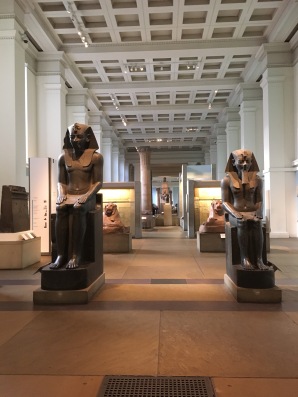