A few updates from recent graduates of Film, Exhibition & Curation 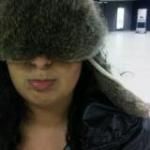 I’ve been done various freelance, marketing jobs for the Barbican Centre since October. Initially, I was invited to help with the promotion of their new cinemas and major film season, Step into the Dark. Step into the Dark brought together blues films and Der Golem, La Grande Bouffe and Fish Tank. Some screenings boasted live musical accompaniment, while others featured Q&As with famous artists, filmmakers and composers. When the season ended, my focus shifted to the Barbican Art Gallery and their new exhibition celebrating French artist Marcel Duchamp, The Bride and the Bachelors. And now, I’m covering for the Marketing Manager in charge of community engagement and special projects. It’s a completely new territory for me, which makes it all the more exciting really.
http://www.barbican.org.uk/step-into-the-dark

Situated within the Tribeca Film Institute’s Education Department, my work deals primarily with identifying meaningful ways to incorporate new media into such flagship film and media literacy programs as Tribeca Teaches, the TFI Youth Screening Series, the TFI Film Fellows Academy, and the Blueprint Curriculum Development Steering Committee.  From conducting professional development workshops with educators and students across the New York City Public School system to the development of the Blueprint for Teaching and Learning in the Arts: The Moving Image, my role within the TFI echoes many of the ideas and ideals that make up the FiPS curriculum while also reinforcing the relevance/power of the moving image across the public humanities today. 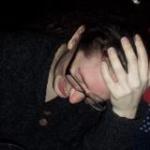 After finishing school I got a job at Vue Cinema Ocean Terminal as a run of the mill customer assistant.  It wasn’t the best job but I worked hard and managed to get promoted into the management team after 6 months. I am still there now and even though it is not the most exciting job I like it for now. The people are all great and I make enough to live comfortably so can’t really complain. My boyfriend has gone back to school and is only working part time so having a stable job is handy. We are planning a trip to the USA for this summer so he can meet my family and are excited about that. We have not yet determined if we will stay here or move back to the states once he has finished school. 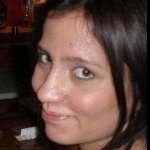 After completing my MSc in Film in the Public Space, I started working as a Development and Research Intern at the Edinburgh International Festival and a Gallery Assistant position at Stills Gallery. In January 2012, I started my PhD at the University of Glasgow, at the Centre for Cultural Policy Research. My work addresses Scottish Film Policy during 1997-2010, investigating how cultural policy is translated into funding schemes. My research particularly focuses on the case study of two funding schemes which had as an outcome the support of distribution and exhibition of Scottish film to larger, wider audiences.

Meanwhile, in March to July 2012 I also worked as Talent Development Coordinator at the Edinburgh International Film Festival, organising and implementing the  2nd year of the festival’s Composers and Sound Lab programmes. Recently, I have started a position as a Development Researcher for the Centre for the Moving Image (Filmhouse/EIFF), looking at funding sources for the organisation’s forthcoming projects. During downtimes, I still work at the Cameo Cinema and enjoy a lovely selection of free films!
More to follow….